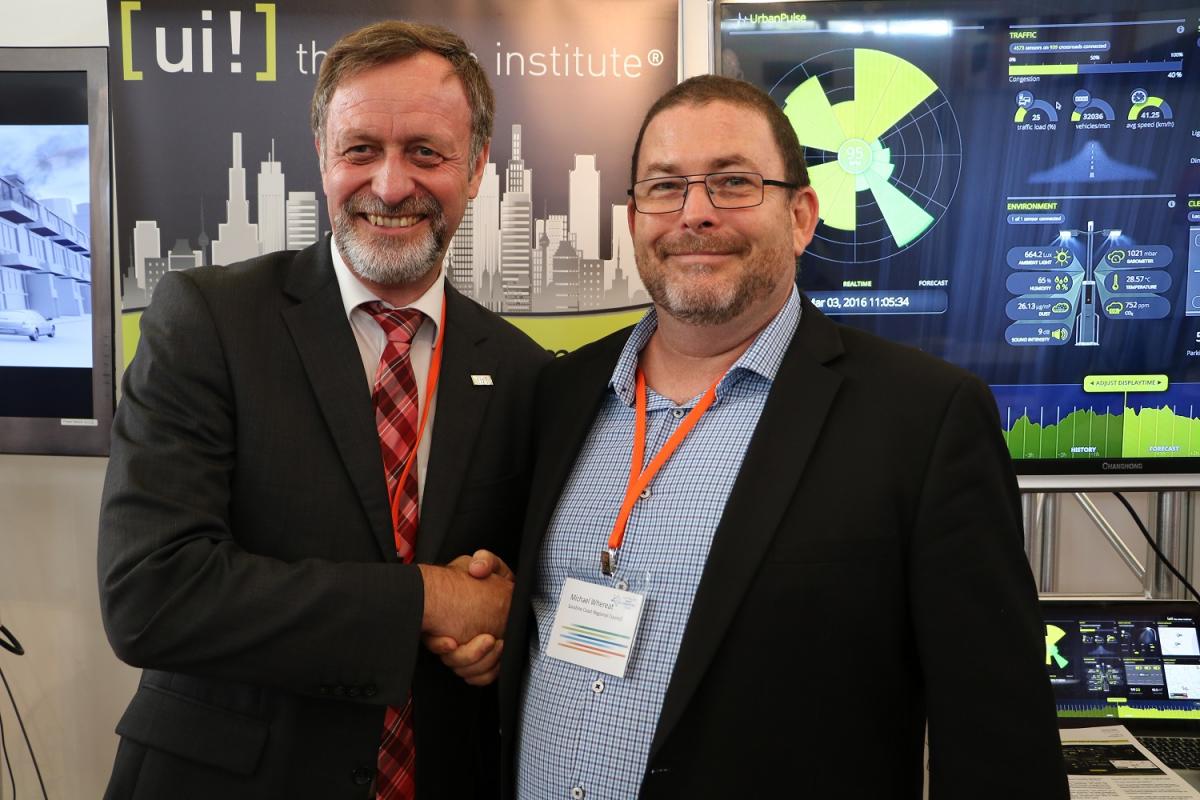 Lutz Heuser and Michael WhereatBased in Germany, the SCF's membership includes 40 cities and 75 enterprises and research organisations in Germany, Austria and other European countries.
SCF Chairman Prof Dr Lutz Heuser, a keynote speaker at the Australian Smart Cities Summit in Caloundra, made the announcement following an invitation by ASCA last year.
"Both our organisations have proven that the topic of smart communities extends beyond the local area. This mutual relationship will enable us to share our experiences, ideas about our respective needs and how we can overcome barriers," Prof Heuser said.

ASCA President Michael Whereat said Australia, with a population of 24 million people, was  one world class city on a large continent.
"This partnership will allow us to tap into resources and skill sets from other people who are facing the same challenges and resolving the same issues, and allow us to accelerate the pace of change."
ASCA’s members are made up of local governments, Regional Development Australia (RDA) committees, Regional Organisations of Councils (ROC), industry, businesses and individuals who collectively represent 8.1 million Australians.

The two-day Summit, whose theme is Unlocking the Smart City Code, is exploring new challenges for the administration of communities to bring about transformational change to the way they are managed.