Australian Smart Communities Association (ASCA) President Michael Whereat met with Mayors, city leaders and vendors to showcase the smart technologies being rolled out across the Coast.

Mr Whereat said the conference, held as part of the three-day Metropolitan Solutions event, provided insight into needs and barriers to make cities even smarter.

“During this conference, city and industry representatives addressed the issues of open urban platforms, integrated urban planning and operation,” he said.

Metropolitan Solutions, one of the world’s leading events on smart city themes, featured 26 conferences and workshops plus an exhibition from 100 technology companies. The event addressed a wide range of topics, including renewables and energy efficiency, infrastructure for low-emission urban mobility, resource sustainability, and new approaches to public buildings and the design of public spaces.

“The key theme across the conference was urban digitalization in a period of rapid digital disruption. The need for communities to accelerate their transformation action plan has never been more apparent,” Mr Whereat said.

While in Germany, Mr Whereat met with ASCA’s international partner Smart City Forum to workshop ideas on how the two organisations can work together.

“One exciting idea we discussed was the development of a dashboard showing the progress of Australia’s smart cities and comparable statistics about the smart technologies they are deploying,” he said.

Mr Whereat’s visit to Europe examined smart solutions being used in Berlin, Bad Hersfeld and Drastadt, as well as Amsterdam, awarded the title of European Capital of Innovation 2016 for embracing a bottom-up approach based on smart growth, startups, liveability and digital social innovation.

“The size of your community does not matter, it is the determination to harness the benefits of digital disruption to transition to a digital economy.

“Amsterdam is benefiting from years of investment in digital innovation and smart solutions. There are so many discrete projects completed which are now part of how they are doing things, such as the Green Living Lab, smart traffic management, City Alerts Incident Message Exchange, and BAMBEA exercise with beacons.

“ASCA will publish a series of articles on our website over the coming weeks about some of the smart technologies being deployed in these European cities and how we can learn from their successes,” Mr Whereat said. 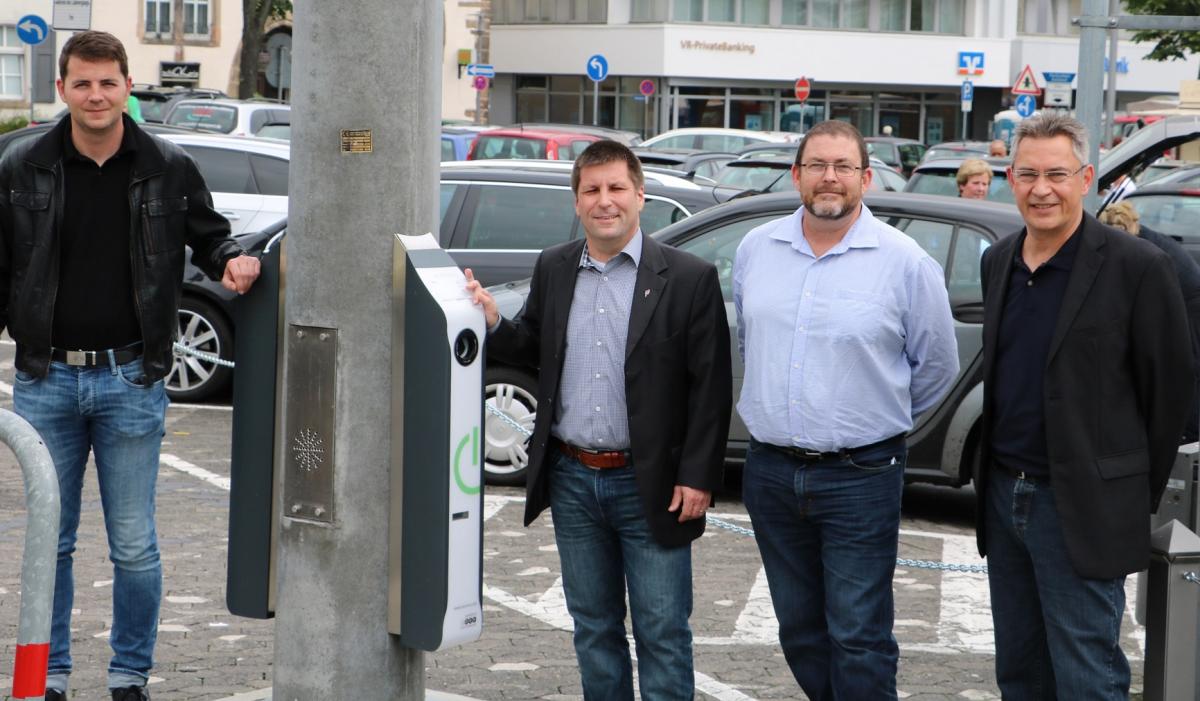 ABOVE: ASCA President Michael Whereat (second from right) with the smart city team from
City of Bad Hersfeld in Germany, including Mayor Thomas Feling (second from left) at one of the city’s e-charging stations for cars.