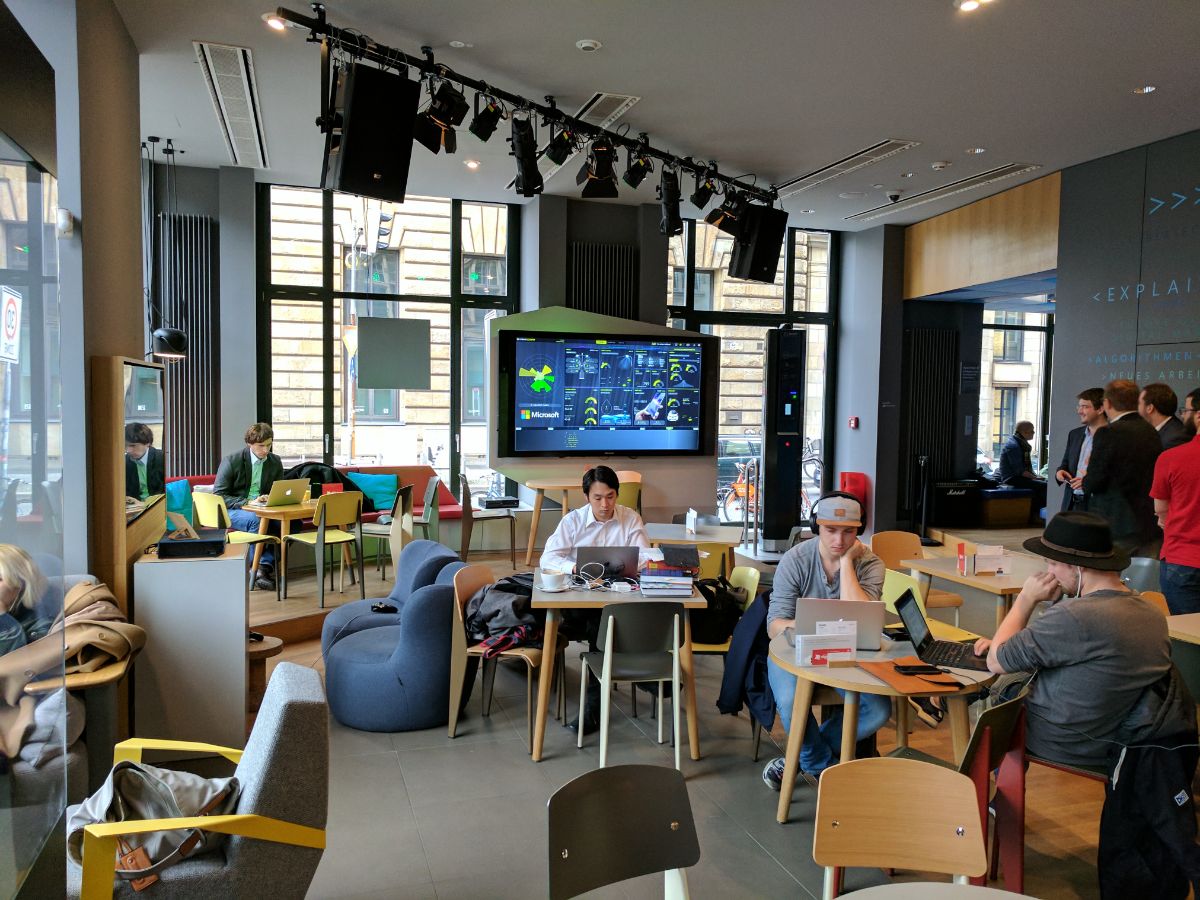 Since March 21st, you can visit our platform [ui!] UrbanPulse and a smart street light live in action when strolling from Brandenburg Gate to Alexanderplatz in Berlin.

At the Microsoft Café street light from SM!GHT, a class 5 imHLa according to the DIN standard, has been installed to demonstrate the digitalization of the urban space using the humble street lighting. [ui!] UrbanPulse is the only urban real time platform that connects to practical all humble lamppost vendors in addition to other street furniture such as traffic lights and smart buildings and smart grids.

Inside Microsoft’s Café the real time data from the SM!GHT outside as well as other smart city data processed by [ui!] UrbanPulse are visualized.

In the future, even more smart devices can be integrated.