2nd Summit for Smart Cities and Communities in Adelaide

Premier of South Australia, the Hon. Jay Weatherill, and the Lord Mayor of Adelaide, the Hon. Martin Haese, opened the 2nd ASCA Summit in Adelaide on May 29th. 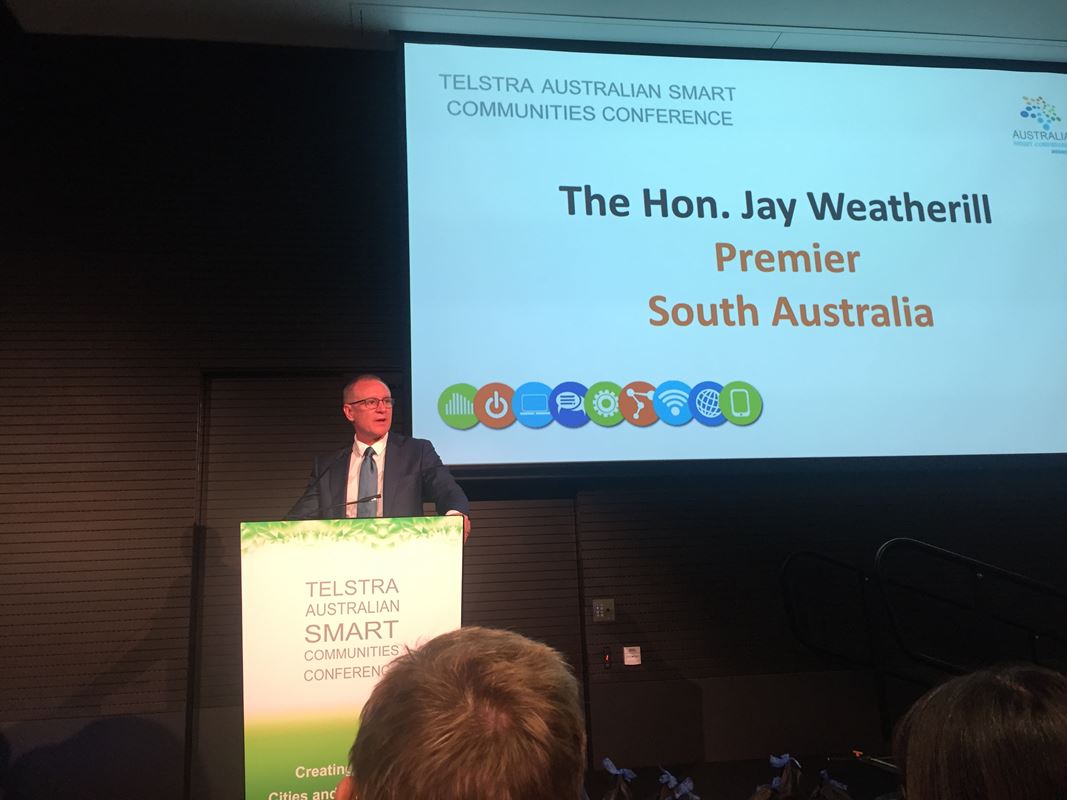 While Premier Weatherill referred to the transformation of South Australia from an automotive construction place to an innovation hub based on the digital transformation Lord Mayor Haese welcomed the international delegates. He included a special welcome to Mayor Thomas Fehling from Bad Hersfeld, Germany, member of the SMART CITY Forum. 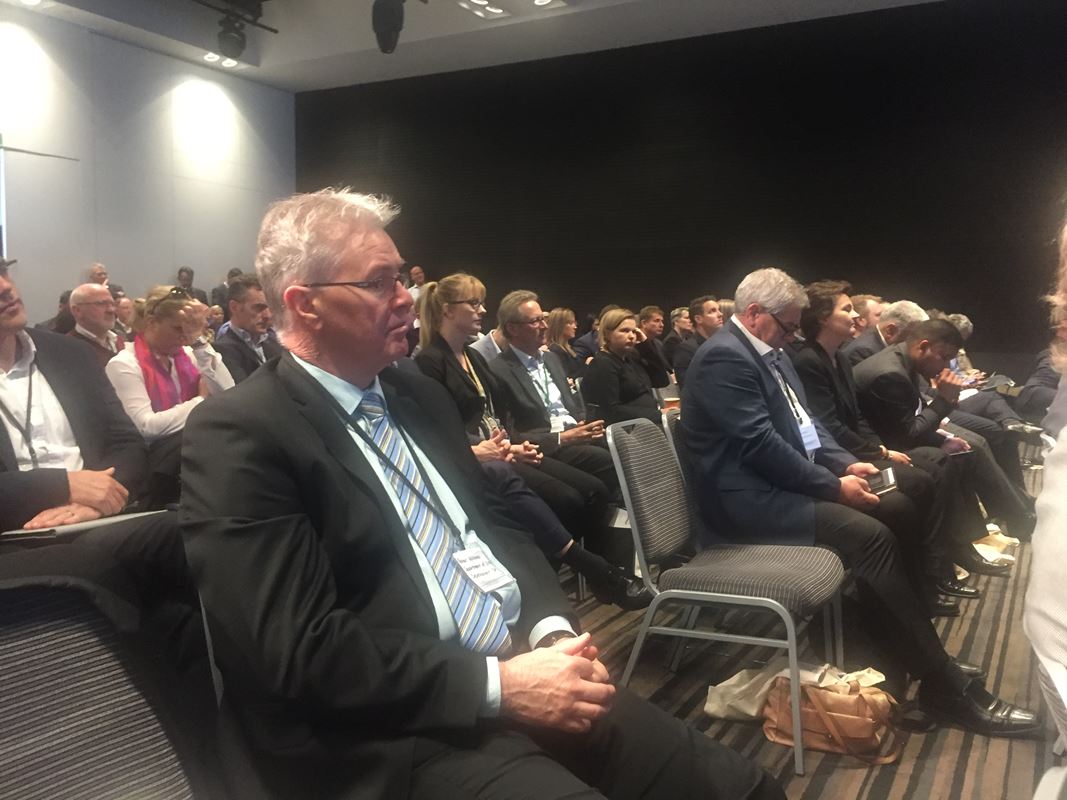 The ASCA Summit brought together more than 300 city leaders, experts, and thought leaders to exchange the latest developments on Smart Cities and Communities. A meeting of mayors kicked off the event. Mayors from around Australia expressed strong interest in transforming their cities. What became evident is the fact that smartness must scale into even small cities and communities. 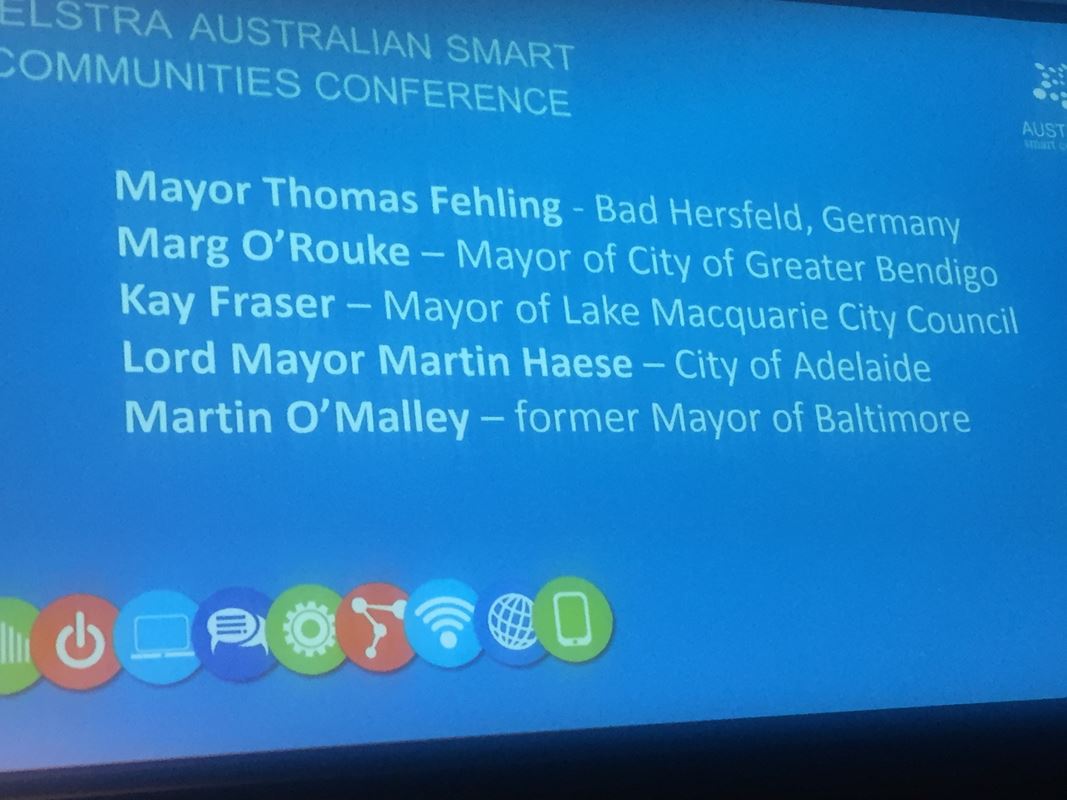 The SMART CITY Forum was representing the German delegation to the ASCA Summit. They were accompanied by other international delegations from The Netherlands, Philippine, Indonesia, and Singapore.

The SMART CITY Forum was represented by members of Bad Hersfeld, Continental Corporation, EnBW, [ui!] and SAP. Also, a joint booth has been set up in the fair accompanying the summit which attracted a lot of interest from attendees. 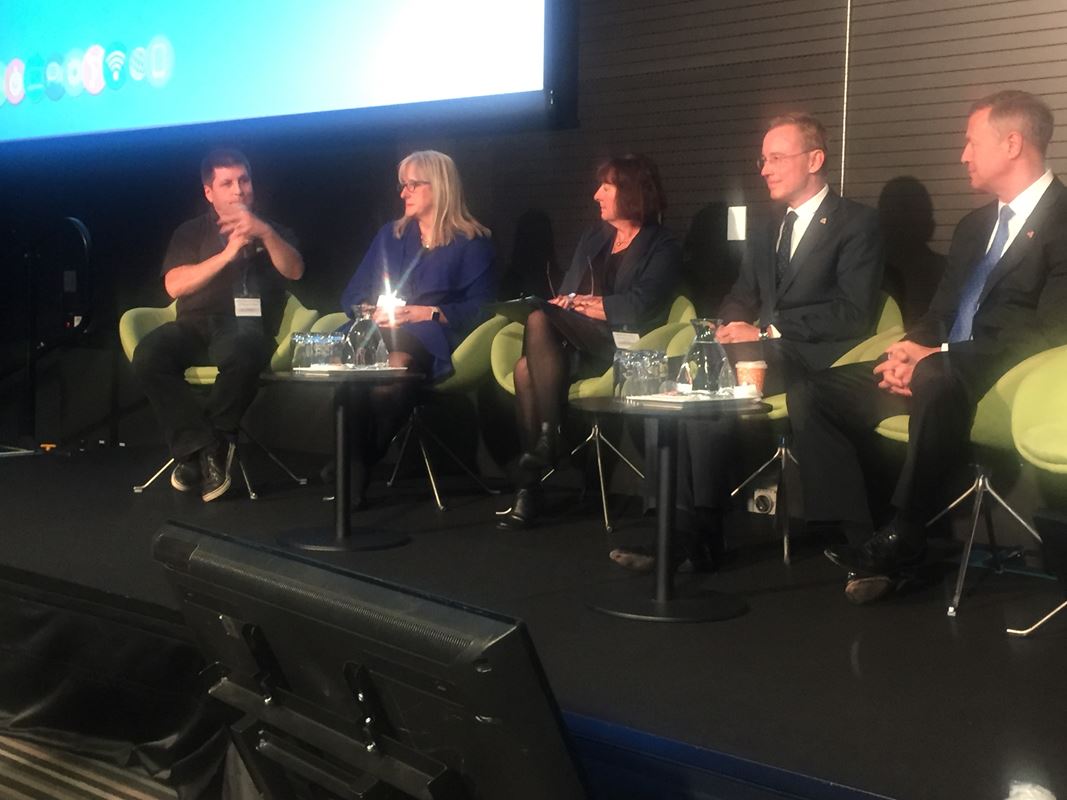 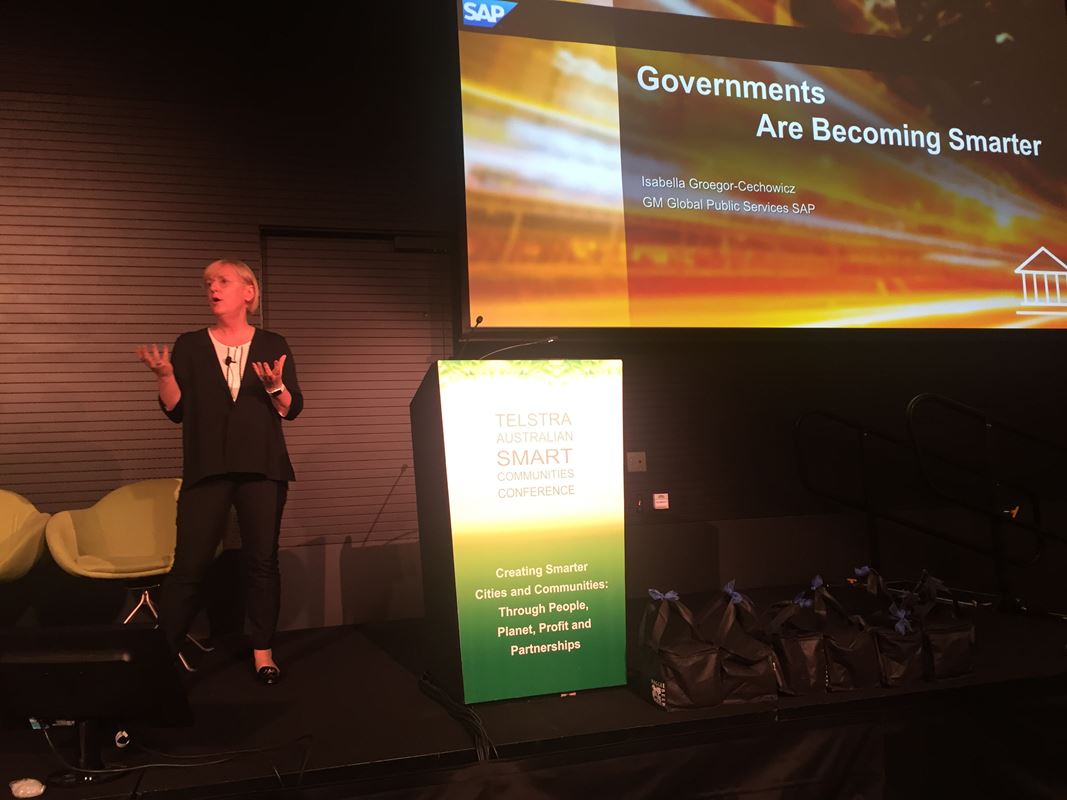 About the trip of the SMART CITY Forum delegation 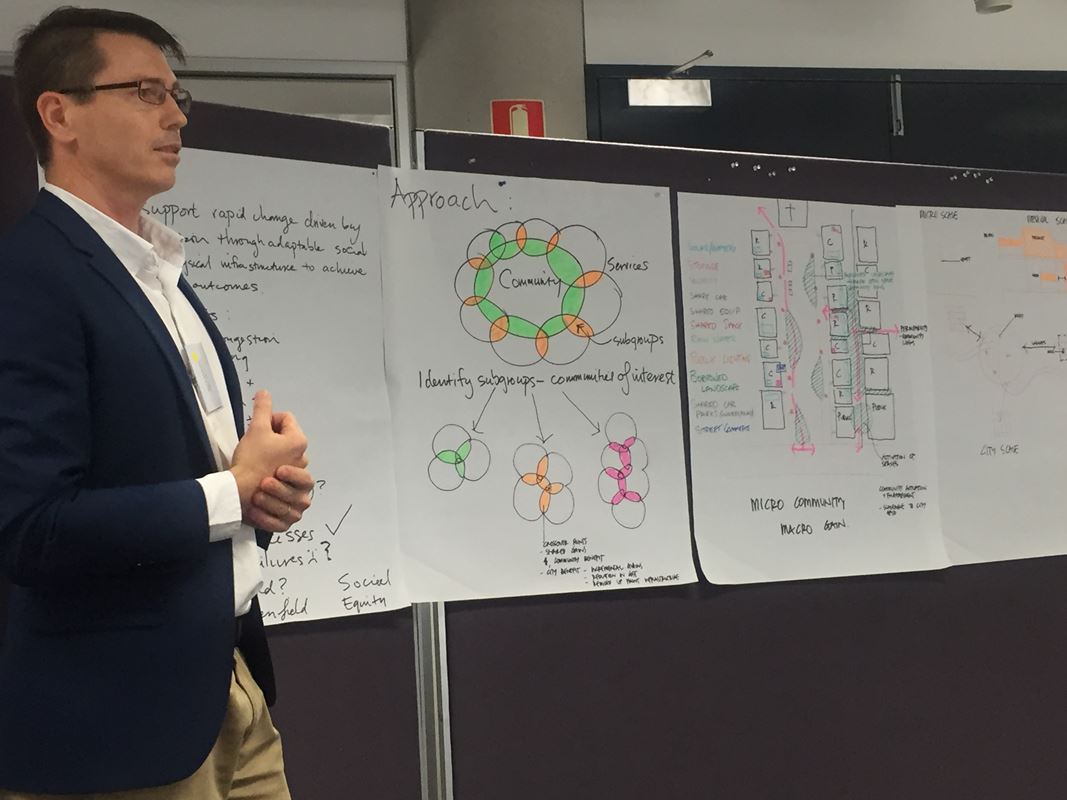 The Queensland University of Technology (QUT) invited the SMART CITY Forum delegation together with members of four city councils and utility companies from the greater region of Brisbane.

Under the leadership of Prof Laurie Buys, a group of QUT academics organized a workshop, where four groups worked on challenges and opportunities for making cities more liveable.

The results combined academic insights and projects on the ground impressively and will be used for further collaborations.

The workshop was organized around “value propositions for council business units”. Two teams brainstormed how to support the business units best by the enabling Smart City technologies explored in the Smart City Precinct. The results sharply illustrated how the participants could identify immediate needs and opportunities of the citizens and local administration. 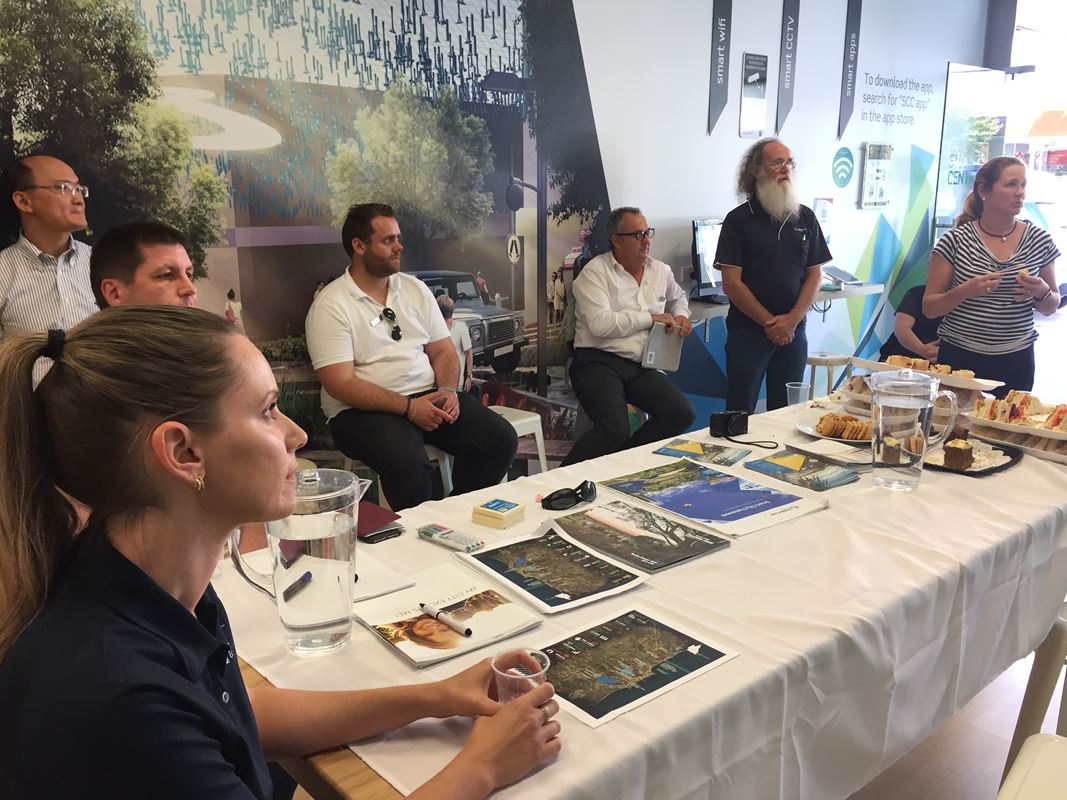 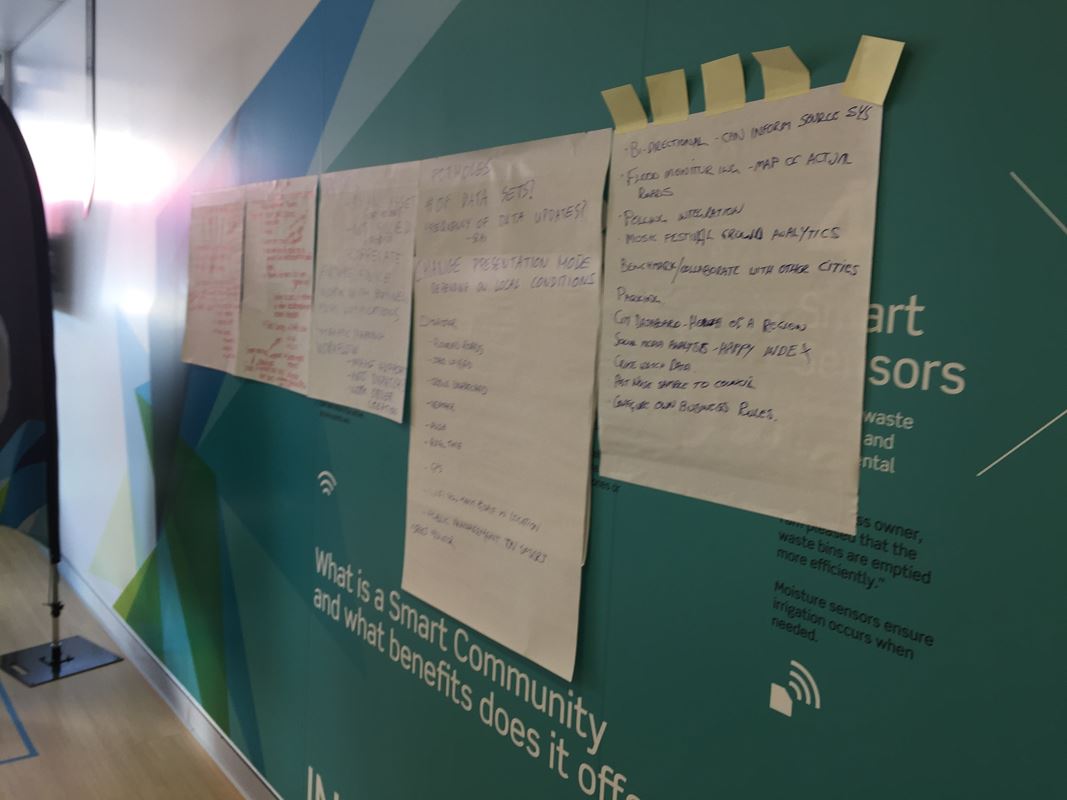