[ui!] is developing a climate protection monitor with the city of Langenfeld 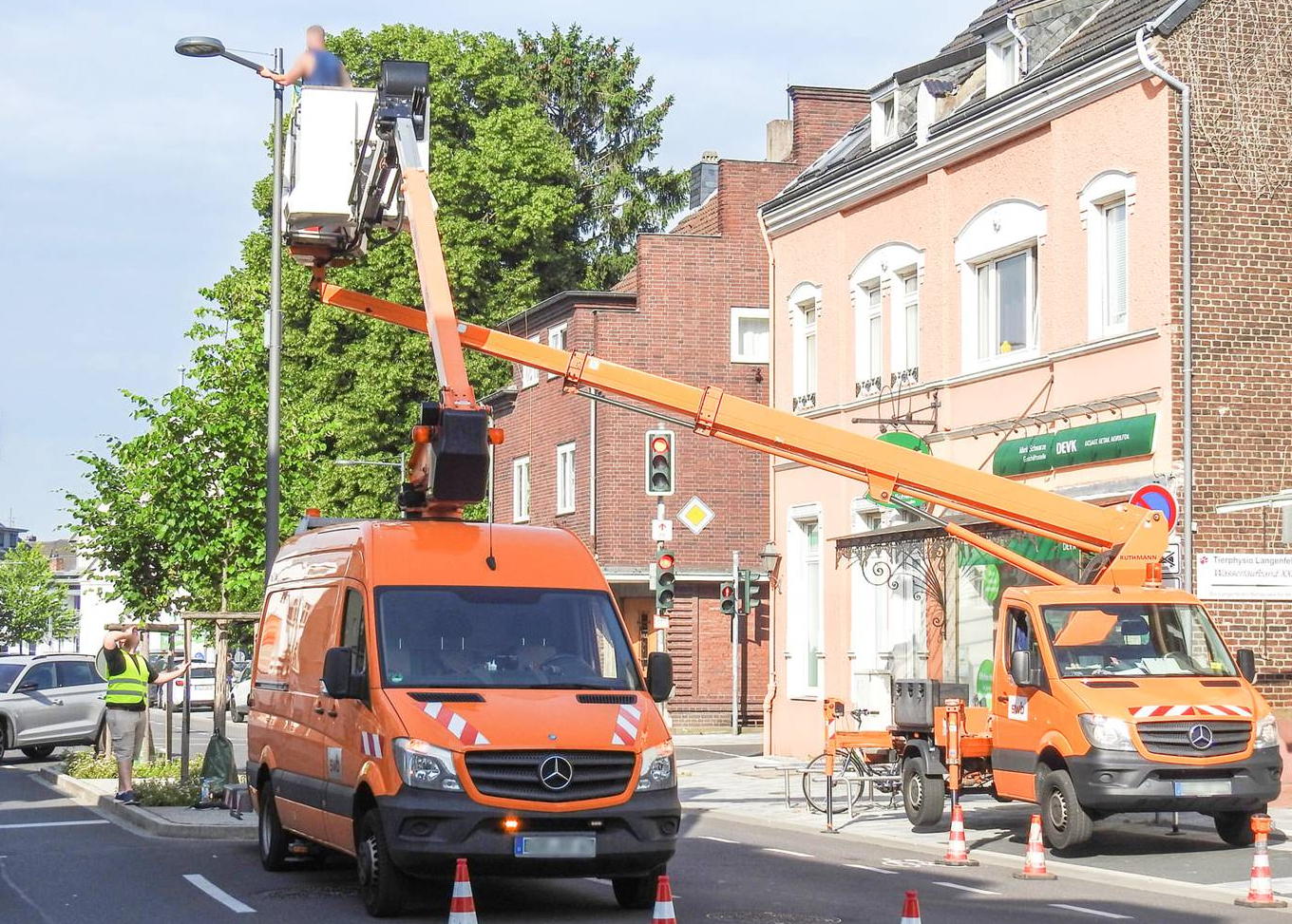 The flood disaster has also clearly shown it in Langenfeld and our neighboring cities: Climate change has and will have a major impact on our economic and social life in the future.

„Global climate change will also increasingly concern us in Langenfeld and present us with major challenges. Sustainable and transparent action and management right on our own doorstep is very important," says Mayor Frank Schneider, who feels confirmed in this statement by the numerous conversations he has had with flood victims.

Sabine Janclas, head of the department responsible for the environment, transport and civil engineering, explains: "In order to be able to apply and transfer the specified global and national climate targets to a city like Langenfeld, we have to break these targets down to realistic and achievable sizes in a simple, transparent and comprehensible way for all citizens, so that effective measures can be adopted in the political bodies.“

And this is precisely where the new Langenfeld Climate Protection Monitor, developed jointly with [ui!], is intended to help. Following its presentation and adoption in the relevant specialist committees and in the Council, it is to be launched this year - online and visible to all. „Then everyone will be able to see in real-time how things are progressing in Langenfeld in terms of climate protection and adaptation," say Jens Hecker, the city's climate protection officer, and Joachim Stephan, who is responsible for the Smart City area at the city.

Climate Protection Monitor measurable and transparent, current, valid and accurate data must be collected and made available in real-time. To start with, this includes not only classic weather data but also environmental data on air quality, for example particulate matter, ozone, carbon monoxide or nitrogen, as well as traffic data such as the number and speed of cars, trucks and cyclists. Levels of Langenfeld's streams in real-time with an alert function could follow.

„Data protection and the trust of citizens in this data have the highest priority," says Joachim Stephan. "Initial experience in this area has already been gained in the past few years at the amusement park," he added. "For us, this was a kind of zero measurement in a traffic-free test laboratory, so that we can now take the next step into 'real' life or onto the road.“ 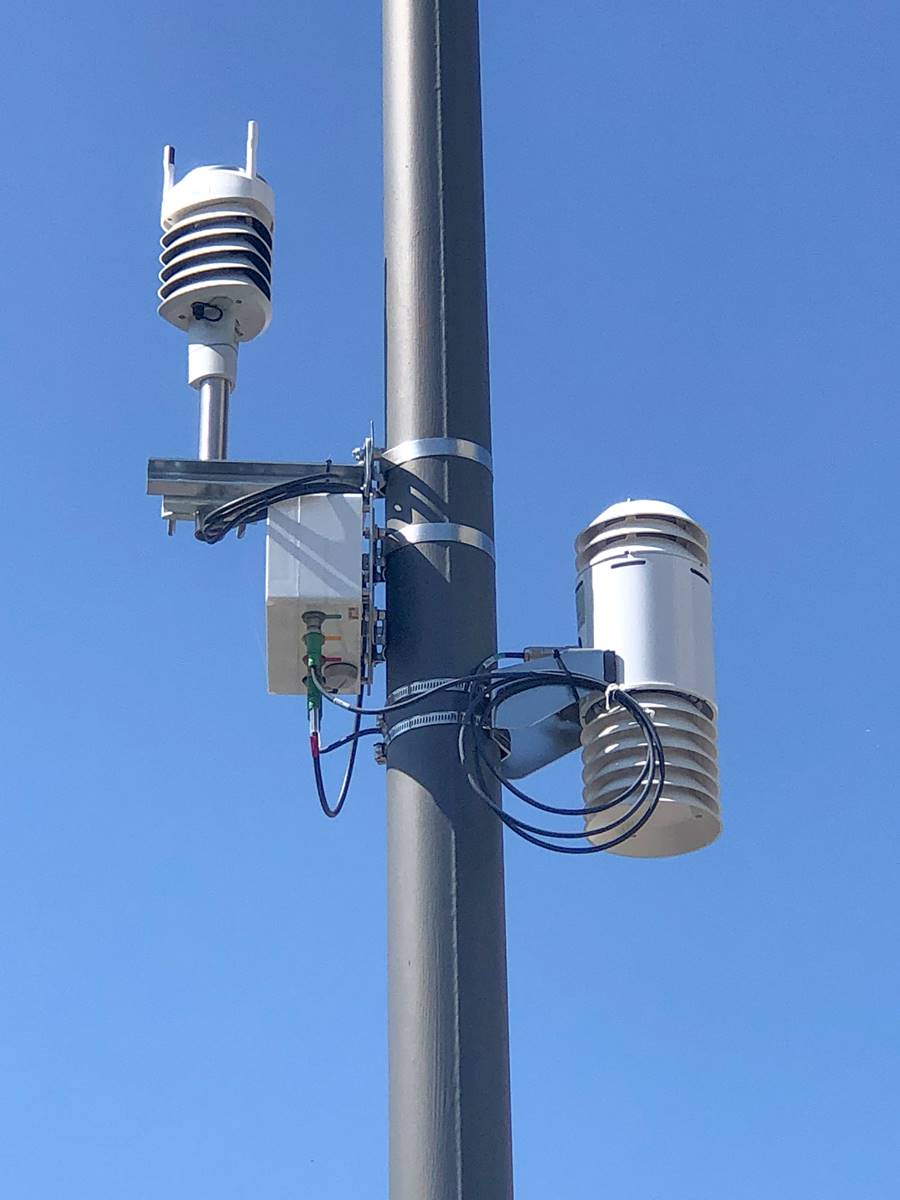 In the future, "real life" will take place on Solinger Strasse, between the town hall at the intersection of Richrather Strasse and Theodor-Heuss-Strasse and the junction with Feldstrasse or Bogenstrasse.

„Attentive observers have certainly already spotted the numerous new sensors on the street lamps on this section of road," says Bernhard Kempen, Managing Director of the Digital and Infrastructure Company Langenfeld (DIL). Founded in 2019, DIL is a subsidiary of the Urban Development Company and is driving forward the digitization of the city of Langenfeld.

In addition to the public lighting network, DIL makes the digital heart of the city beat: the necessary data platform with corresponding sensor technology as well as the climate protection monitor. "We are proud that Langenfeld thinks in such a progressive and future-oriented way and has entrusted us as a technical service provider with this important task," emphasizes Kempen together with Sabine Janclas, who, in addition to her work in the administration in the area of environment, traffic, civil engineering, is at the same time another managing director at DIL.

„The entire climate protection monitor team and I are aware that we cannot immediately map Langenfeld completely and in real-time in our Langenfeld climate protection monitor. But we want to start now and visibly show all citizens, politicians and the responsible employees in the administration what is already possible and feasible today, even in a medium-sized city like Langenfeld," says Mayor Schneider. "We need measurable data and facts for our future work in administration and politics in order to evaluate our jointly decided climate, environmental and traffic measures and to derive further and effective measures from them step-by-step. Climate protection and adaptation must become increasingly measurable so that we, in Langenfeld, can reliably and without 'subjective gut feeling' recognize where the greatest need for action exists in our city and whether these measures will enable us to meet the local climate goals in Langenfeld in the best possible way.“

After the first test phase in the leisure park, Solinger Straße is the ideal and logically sensible follow-up location for the next step toward a Smart City Langenfeld. This is one of the areas with the highest traffic volumes in the city center. Every day, a wide variety of road users - residents, commuters, visitors to the city center, delivery traffic or pure through traffic - drive along this approximately 300-meter-long section of road by car, truck, bus, bicycle, e-scooter or electric and senior citizens' mobility scooter.

As soon as the test phase is completed, the results of the collected climate and environmental data from the leisure park and the climate road "Solinger Straße", as well as the traffic data, will be evaluated. Afterwards, the prototype of the climate protection monitor will be presented to the specialist committees and then to the council as a first step in order to coordinate the further procedure with the political bodies.